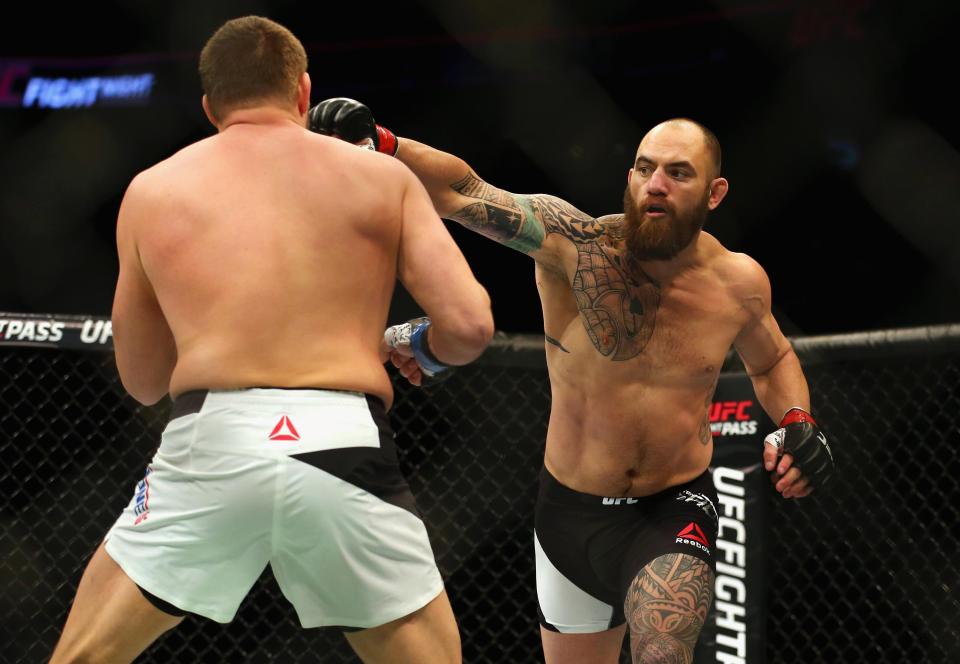 Belal Muhammad Wins via Decision (+200)
To put it simply, If Jordan Mein doesn’t get an early finish, which I am sure he will attempt, I could very well see Muhammad weathering the storm and winning the following two rounds to pick up a decision victory on the judges’ scorecards. Currently priced at +200 at most books, I see good value on this prop.

Meerschaert Wins via Submission (+240)
This prop may not have huge value, but I still think Meerschaert has a very good chance of straight up winning this fight, and I favor him to do so via submission, probably in the first round.

Travis Browne Wins in Round 3 (+1600)
I favor Browne to win via T/KO in the second or third round, but I find more value in the round 3 prop, so I had to make a move on it. I believe Browne is very capable of getting a late finish, as he’s shown in one of his previous UFC fights. Plus, I am sure he will be the fresher fighter of the two, should they go into deep waters.

Jim Miller Wins via Decision +400)
Anthony Pettis has always struggled with fighters that have a strong Brazilian Jiu-Jitsu background, with the ability to take you down and grind you out, and that is exactly the type of fighter Jim Miller is. I could definitely see Miller going in there with a smart game-plan, following it to a T en route to a victory on the judges’ scorecards. At +400, I see plenty of value on this play.

Alistair Overeem/Fabricio Werdum Goes the Distance +120
I expect this to be a closely contested heavyweight bout, and I am really torn between who I think will get his hand raised. That said, the last time they fought, they went five rounds, so there is a decent chance this fight could play out similiarly for all 15 minutes of action.

Robert Whittaker Wins via KO/TKO (+160)
I have trouble seeing this interim middleweight title fight playing out any other way but violently. The question is… Will Yoel Romero have enough cardio to even go into rounds four or five? Well, my guess is not. I believe Whittaker, being much younger and having excellent conditioning, will end up finishing Romero via strikes in either round three or four. I wouldn’t be surprised if the finish comes as late as the fifth round, though, but, in my eyes, this is the most likely outcome of the fight, so I see a bit of value in it for a wager at +160.