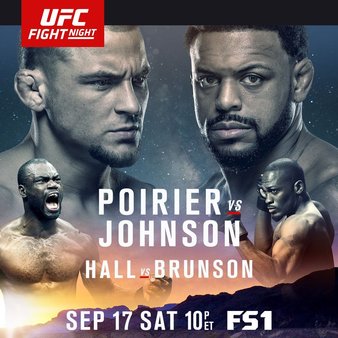 In Hidalgo, Texas; Dustin Poirer takes on Michael Johnson in the main event. The build up to this fight proves one thing, we have very short memories. It wasn’t so long ago Dustin was a fighter with a bad chin who’s destined to stay middle of the road. Now he’s a surging lightweight looking to break into the upper echelon. Michael Johnson lost a dodgy decision to Dariush and then got schooled (mind games mid fight) by Diaz losing a decision (+450 for Diaz decision). At the same time Poirer had the “bad chin”; Johnson was a surging lightweight looking to break into lightweight contention. Before all this Johnson was on a 4 fight winning streak with wins over Lauzon and Barboza (in Brazil no less). All I have seen across forums and twitter was how little chance Johnson has here; which is quite a harsh summation. He’s still a good fighter with the faster hands here.

I do lean Poirer in this fight however. I think he has the crisper striking in the pocket and Johnson won’t have the power to trouble the chin of Dustin. Johnson likely has to stick and move on route to a decision which, sure he may eek 2/3 rounds but this is a 5 round fight. I think that is more than enough time for Poirer to land something heavy and take control. Johnson also has some cardio issues the longer the fight goes. Rounds 4 and 5 I suspect will be all Poirer if we get that far.

The current price isn’t good enough for me to play Poirer straight so I think you’ll need to get creative with props. Another possibility is watching round 1 which if Johnson wins with the faster hands you may get DP at + odds. I’ll be looking to play Poirer ITD but want +150 which may prove optimistic. DP by sub is another option, especially with Johnson’s number of submission losses.

This initially screamed at betting Brunson. Hall is a flake and Brunson can get in Halls face early making him wilt. Trouble with this is Brunson leaving his chin way up in the air when striking; open for Hall to counter. We know Hall has all the skills in the world but it’s a mental game as well. Maybe Brunson trying to take his head off will bring out the beast. The X-Factor here is the wrestling/grappling game. I suspect Brunson can copy the game-plan Kelvin Gastelum set out in the TUF Finale if need be with a wrestling heavy style. The kick Uriah landed on Gegard Mousasi was one of the better finishes we’ll see in but it was also a very low percentage move. I doubt he’ll ever land that on a take-down attempt ever again. I’ll never call anything a “lucky KO” since these guys are throwing with intention but that was a close to lucky as we’ll see.

My lean here is Brunson by decision. The line is approaching -200 which is way too much against a guy with Halls striking skills in my opinion. Both guys have finishing ability but Brunson would be smart to grapple to victory given his advantage.

My best bets for this card are: 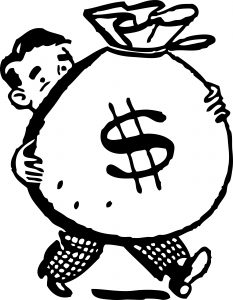