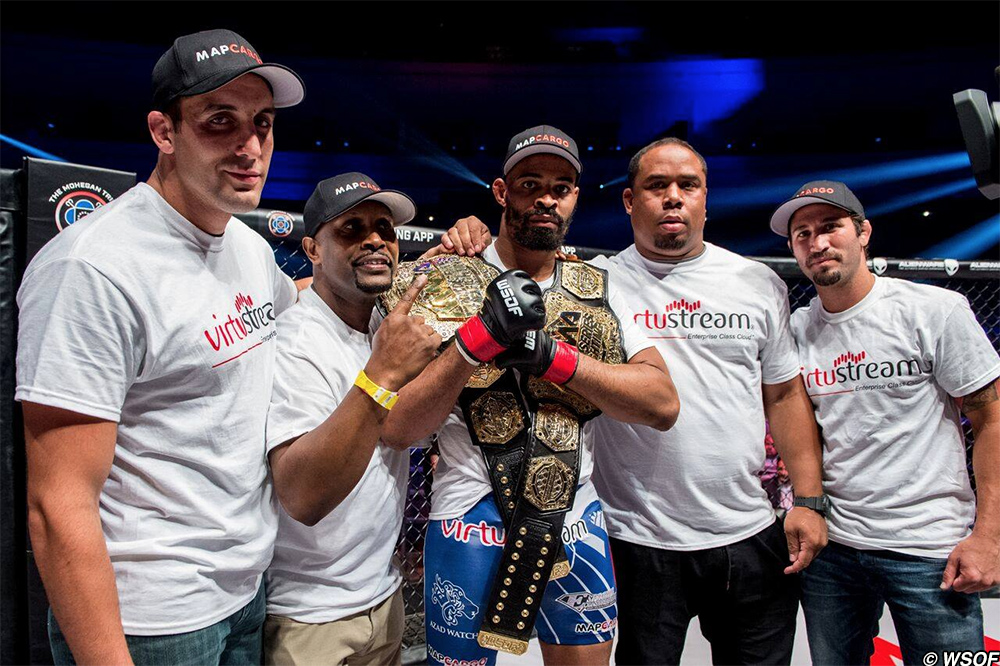 ​It was March 3rd, 2011, when David Branch lost to Rousimar Palhares via 2nd round submission, and was subsequently cut from the UFC after going 2-2 in the promotion. Like many “UFC Vets” Branch had the goal of returning to the UFC one day, and began battling his way back to the eight sided cage. His road back started with a TKO victory over TUF 7 Alum, Jeremy May, and a Decision victory over now UFC Welterweight, Dominique Steele. Since David Branch was released from the UFC, he only hit one stumbling block, against Anthony ‘Rumble’ Johnson, who had recently been released, himself, but for Weight Issues, rather than his actual performance in the Octagon. Branch fought the much larger ‘Rumble”, who missed the Middleweight limit by over ten pounds, and even was close to Submitting Johnson, before ultimately losing the decision. From that point forward, David Branch has been undefeated, boasting an 11-Fight win streak, which includes 6 UFC Veterans, and 1 Current Top 10 UFC Middleweight.

​Before Conor McGregor won the UFC Featherweight, and Lightweight Titles, David Branch held the World Series of Fighting (WSOF now PFL) Middleweight, and Light Heavyweight Titles. At WSOF 10, David Branch won the Inaugural Middleweight tournament, becoming its Champion, by defeating Jesse Taylor (TUF 7 vet and current contestant on TUF 25) by first-round submission, and going on to defend against a former UFC Title Challenger & Middleweight main-stay Yushin Okami. Next, was the Light Heavyweight Tournament, where he ultimately won the title by defeating Teddy Holder, who was fresh off his first round TKO victory over longtime UFC vet Thiago Silva, and he defended it against submission wiz, Vinny Magalhaes.

This past Saturday, the Dual-Weight Champion made his return to the UFC, taking on the surging, and Ninth ranked, Krzysztof Jotko. Jotko had just handily beat Thales Leites, completely shutting down his highly regarded ground game, to receive notice from the MMA community, at large, showing such marked improvements from his UFC debut 3 ½ years ago. It was a close fight of control and positioning, with Jotko being talented enough to keep the fight on the feet, and Branch was relentless enough to stay on Jotko, clinching him against the fence & tallying up solid strikes. A throwback fight, which almost lived up to Branch’s first UFC run of hard fought Decisions, with little heavy critiques from most of his doubters. David Branch has rounded out his game in such a way, to take advantage of any area his opponent’s lack, and he proved once again, that he will always be a tough out for any UFC Middleweight unfortunate enough to look across the cage from him.