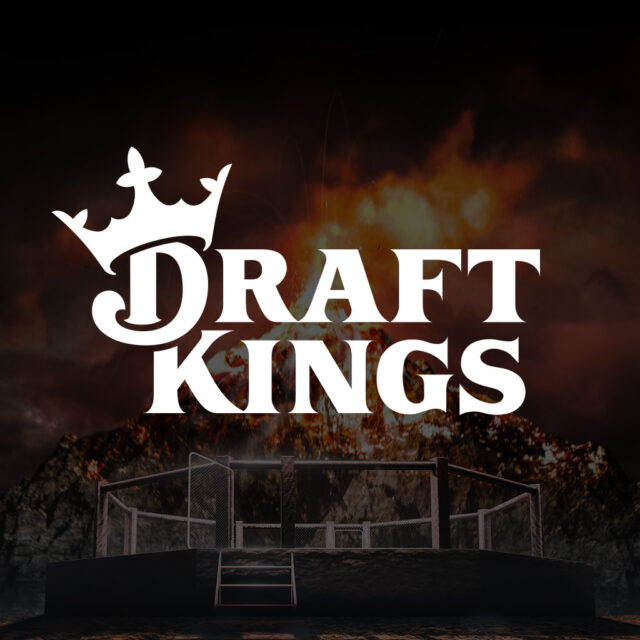 Ladies and Gentleman, it’s that time again for the MMAFORMONEY show Draft Kings lineup. In this article I will go over my personal favorite 6 man slate for Draft Kings, giving you the skinny on why I chose them, others that I wanted to choose and couldn’t afford, as well as why I chose to avoid a few others. Draft Kings is my personal favorite way to make Saturday’s just a little more interesting, and hitting big on a lineup can make a good night great. So as always, LFG…

Starting at the top of our lineup, let’s get the obvious one out of the way. Curtis Blaydes is worth every penny at $9400. When Blaydes wins fights, he makes a habit out of crushing the 100 point mark, and when he’s really on his game he can get up close to the 200 point mark, as he did in his last fight against Alexander Volkov. One thing to note is that he was able to score so many points against Volkov with takedowns and top control. Enter Derrick Lewis.

In the immortal words of Phil Baroni “My wrestling sucks, it’s always going to suck”. Derrick Lewis can’t do anything to stop Curtis Blaydes from taking him down over and over again, and barring a miracle KO, this is Blaydes fight to lose. It’s not always wise to spend money for the top of the slate guys, but in this case it’s beyond well worth it. I would say it’s a possible slate killer to leave Blaydes out.

Next up at $9200 is a fight with one of my personal favorite fighters in it. The problem is that my favorite fighter is Andrei Arlovski and he is going to get his head taken off by future champion, Tom Aspinall. Imagine you’re watching the movie Logan. Andrei Arlovski is the old, broken down, sickly Logan who just can’t quite extend his claws like he used to. His healing factor(Read: chin) is all but gone and as much as you want him to win, he’s just not in a good spot to do it against the younger X-24, Aspinall. Lock him in with all the confidence that a guaranteed knockout brings.

Next up at $8600, it’s MY BOY Chris Daukus. Chris Daukus is on a heater right now, 2 for 2 so far in the UFC with 2 brutal knockouts. Averaging 134 points in a win and facing a man that he can easily out strike, it’s simply a matter of not getting dominated on the mat by Alexi Oleynik. To help with that mission, Chris Daukus is bringing a black belt level BJJ game into the cage with him. I won’t lie, I’ll still get very nervous should this fight hit the ground, but any time that they’re on the feet, this is Chris Daukus’ fight to lose. I like him for another KO, just have to hope Oleynik doesn’t do what he does on the ground.

Next up at $8100, Nate Landwehr. If you told me to price out these fighters, I would have had Nate Landwehr somewhere around the $8600-$8800 range, so right away I’m happy to play him here. Landwehr has been fighting really solid competition all around the world. His style is aggressive, his opponent will play directly into it and Landwehr is just better. This fight does come with a disclaimer though. Nate Landwehr has a tendency to fight stupid, you could even say it’s baked into his game plan to do so. There’s always a risk when someone fights like they’re only allowed to be paid in bonus money, so buyer beware. But for my money(and yours) I like Landwehr in this spot.

Next up at $7500, my least confident play on the night, Aiemann Zahabi. I’m being forced into this pick after several fight cancellations, but I will make my case. Aiemann is a talented guy. He’s solid all around and I think he has the skill to beat a lot of fighters. My main problem with him is that I just don’t believe he’s a real fighter. With that being said, he’s only $7500 on Draft Kings, his opponent missed weight by several pounds and has some defensive liabilities both on the feet and on the ground that I think Zahabi has the skill to exploit. For a dog play, it’s enough to merit a $7500 price tag and I’ll take it.

Last up at $7100, Jared Vanderra. I’ve come full circle on this pick to actually believing that Jared Vanderra will win this fight. The more tape I’ve watched, the more I see Vanderra’s paths to victory. Vanderra is a lengthy striker who can fire off enough kicks to hamper Spivak’s stand up game. He’s also a black belt on the ground, so I believe he can avoid Spivak’s best path to victory in this fight. What I really like from Vanderra though is his top game. Vanderra rains hell from above when he gets on top of a fighter and I don’t think Spivak is going to be able to stop him once he starts throwing heat. I’m calling this the upset pick of the night and it could be your ticket to a big money night if all of our Heavyweight’s cash big for us.

As far as other underdogs go on this card, Darrick Minner at $7400 is another guy I’ve wanted to play. Minner is an all or nothing submission grappler whose path to victory is a finish. He is a very risky play though, if his subs don’t pan out, he will lose position almost certainly end up being finished himself.

For the top end, Ketlen Viera for $9300 should be a solid play, I just like the finishing potential of the guys above and below her price. This fight seems like it’s being made so the UFC can put a top 5 number next to her name and those usually pan out.

If you have any opinions or questions, him me up @MikeyGilz so we can argue about it for a little while to pass the time. Other than that, let’s make some money tonight.