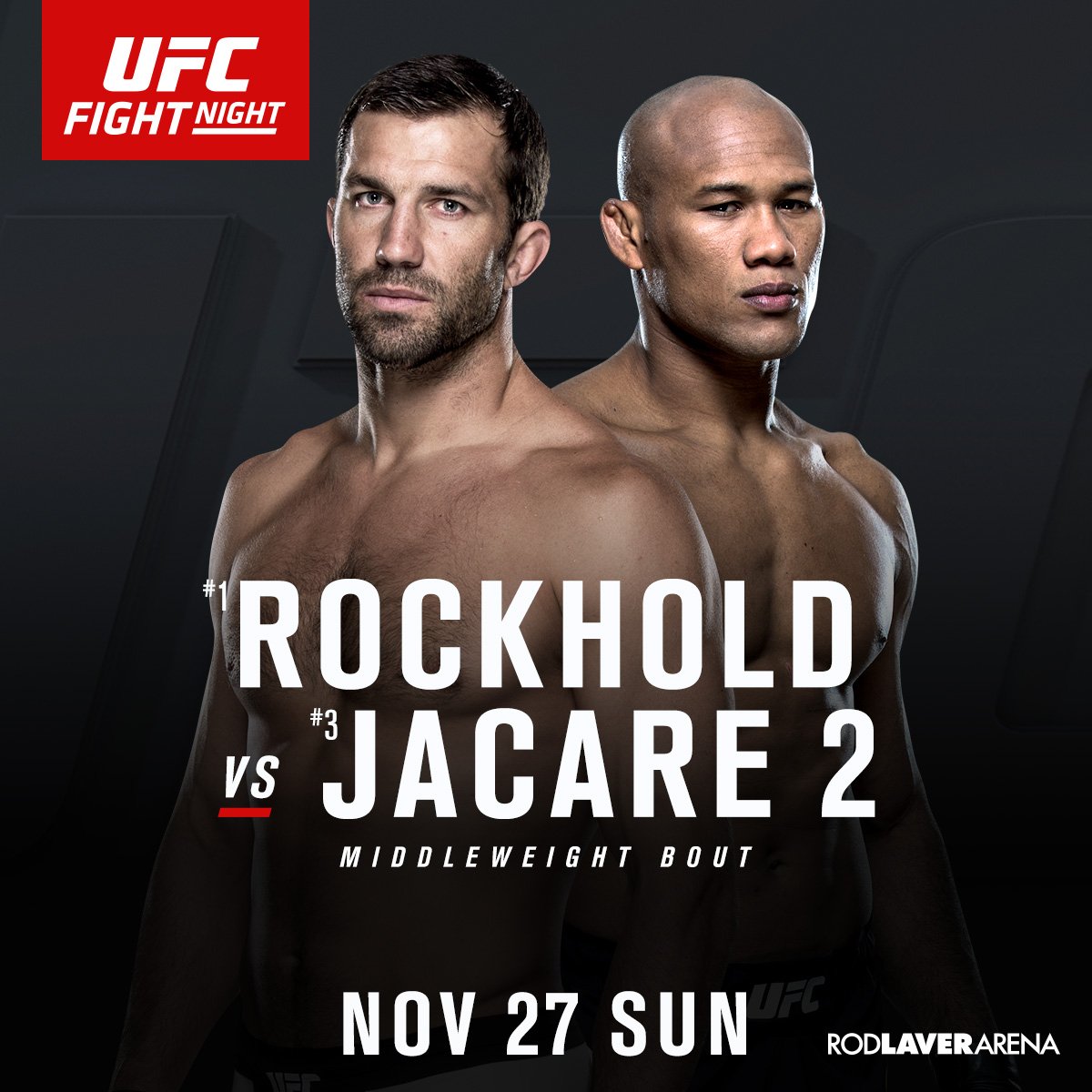 Five years after their first meeting in the main event of Strikeforce, Luke Rockhold and Ronaldo “Jacare” Souza are set to do battle again in Australia.

The promotion announced this evening that the two middleweight contenders will rematch at a UFC Fight Night in Melbourne, Australia.

The former Strikeforce middleweight champion, Luke Rockhold, already holds a decision win over Souza. Dating back to September 10, 2011 in which Rockhold won the title. Upon entering the UFC in 2013 lost his promotional-debut against Vitor Belfort by first round knockout. Rockhold rebounded by putting together a five-fight win streak, which saw him capturing the UFC middleweight throne last December by a fourth round TKO over Chris Weidman. Rockhold met late-replacement Michael Bisping at UFC 199 and lost his title by first-round knock out. Rockhold is looking to rebound and get back into the title picture.

Also the former Strikeforce middleweight champion, “Jacare” Souza has put on an absolute tear since entering the UFC. Putting together a five-fight win streak which was snapped last december in a split-decision loss to Yoel Romero. Souza made his return at UFC 198 Brazil when he finished Vitor Belfort by TKO in the first round. Souza is looking to enter title contention again, and what better way to do it than by knocking off a former UFC middleweight champion who also holds a win over him.