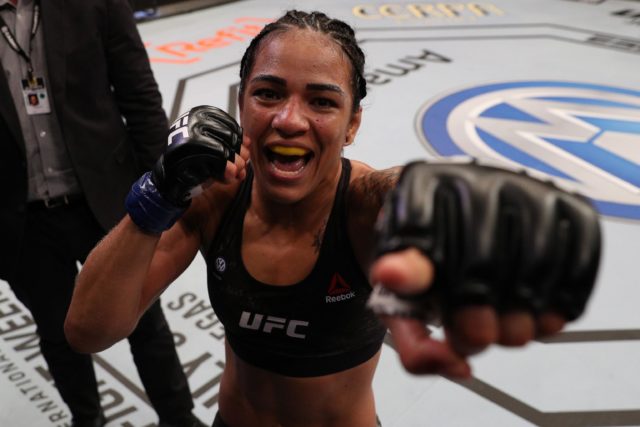 Here are my free picks:

I like Araujo in this fight and she certainly has a power and striking advantage over Davis, and considering the constant improvement in her stand-up, I think there is a decent chance she scores a knockout in this bout. She is coming off a third-round knockout win over Talita Bernardo, so it would come as no shock if she paints a similar picture tonight. I think there is decent value on the ITD prop to warrant a play.

This could be a really close fight, but I think Barriault holds the advantages in strenght, striking and most importantly, cardio. He has good conditioning at 185 pounds, and I cannot say the same for his opponent. While Jotko does not badly gas, he does tend to visibly fade as the fight progresses. I think his only route to victory in this bout is to take Barriault down and grind him out over the course of thee rounds, and I don’t see that happening. I could, however, see the Canadian hurting Jotko on the feet and ending the fight via strikes, most likely in the third round. At +2000 this prop has great value for a half-unit play.

*Check out our MMAforMoney.com monthly subscriptions, which includes premium plays from ALL of our team members, including myself, on various different sports, including MMA! I might be a little biased, but I truly believe it’s the BEST VALUE in the industry, hands down!