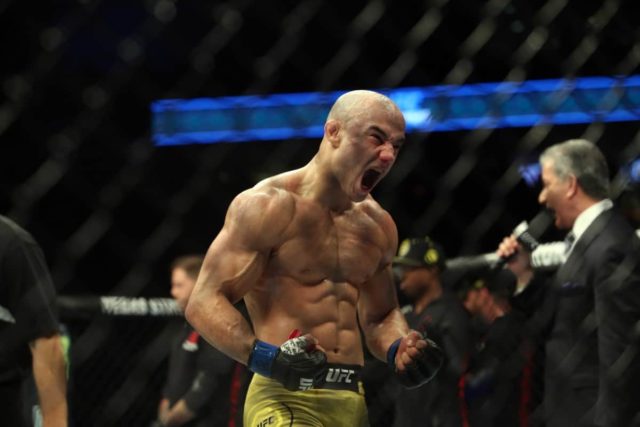 This time we are risking 2.5 units in total.

Here are my props:

I think this is the most likely outcome to this Women’s Featherweight Championship bout. I think Nunes has a high level Brazilian Jiu-Jitsu game and I expect this fight to hit the mat, where I think she will have a great chance of pulling off the submission victory over de Randamie, in this ladies barn-burner.

Moraes has the superior conditioning of the two in this Bantamweight contest and I could see him earning a stoppage in the third round, if Aldo fades. The Brazilian has been slowing down in recent fights and I wouldn’t expect improved cardio from him in this fight, specially going down in weight, so, at +900, it’s worth it to gamble against.

I see value in this line, as I think Heinisch stands a good chance of finishing Akmedov once fatigue sets in for the Russian fighter. I think Heinisch will put the pressure on and eventually slow Akmedov down, ultimately securing a finish in the third round, either via T/KO or Submissiom.

I think this is a coin-flip bout and lean with the underdog Moreno to get his hand raised. I don’t think Kara-France finishes him; I think Moreno will manage to win at least two out of three rounds, and likely win a unanimous or even a split decision on the scorecards.

**Be sure to check out our MMAforMoney.com monthly subscription! Which, includes premium plays from ALL of our team members, on various different sports, including MMA, NASCAR and NFL plays every week, for almost every game! I might be a little biased, but I truly believe it’s the BEST VALUE in the industry, hands down!