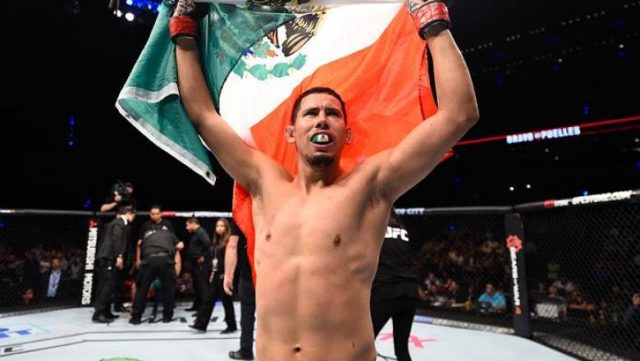 Here is my free pick:

I believe Bravo is the more well rounded fighter heading into this featherweight contest and think there is a good chance he wins it by decision or even late TKO. I could see the Mexican getting the better of Peterson on the feet, specially in the second and third round, as he will have the better conditioning of the two, and potentially score a late stoppage. There is more value in the ITD prop at +350, but I am playing it safe by taking the money line, just in case Peterson manages to hang on until the final bell.

*Check out our MMAforMoney.com monthly subscriptions, which includes premium plays from ALL of our team members on various different sports, including MMA! I might be a little biased, but I truly believe it’s the BEST VALUE in the industry, hands down!