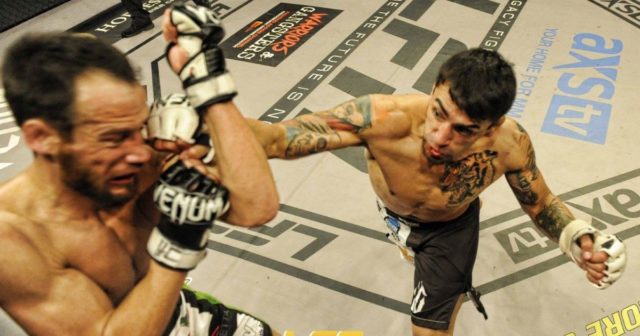 UFC on ESPN: Barboza vs. Gaethje will be held on March 30, 2019 at the Wells Fargo Center in Philadelphia, Pennsylvania. The event features the 13-fight card on ESPN, broadcasting from the city known as the birthplace of Rocky Balboa.

Here are my moneyline & prop plays.

In short, I favor Casey Kenney in this matchup and think there is a good chance he wins it by either late T/KO or decision, but I like the return on the moneyline more than I do with the props. Like many, I could see Ray Borg taking Kenney’s back in two out of three rounds to grind out a decision win. In fact, that is the most likely outcome to this match-up. But Kenney will be competitive, specially later in the fight, and could surprise Borg with a quick combination or just do enough to steal a decision from the heavy -250 favorite. At +250, I have to side with the newcomer in this spot.

I think this featherweight contest scheduled for three rounds hits the judges’ scorecards for a decision more often than not, and more often than not, I see Aguilar walking away the victory. Aguilar is by far the better striker and is very active off of his back, so, if Barzola is able to land a takedown, I think he will score points regardless. That said, while Aguilar does have power, I don’t see him putting Barzola away. The Peruvian is extremely durable and has a strong chin. At +250 I find this prop to be a tough one to pass up.

**Be sure to check out my PREMIUM PLAY for UFC ON ESPN 2: BARBOZA VS. GAETHJE, by buying a premium MMAforMoney.com monthly subscription! Which, includes premium plays from ALL of our team members, including myself, on various different sports, including MMA! I might be a little biased, but I truly believe it’s the BEST VALUE in the industry, hands down!

My PREMIUM PLAY, for this week, features the fight between heavy-handed Josh Emmett & fast striker Michael Johnson, I have an angle that I feel presents a substantial edge in this fight! Don’t miss out! Sign up today!