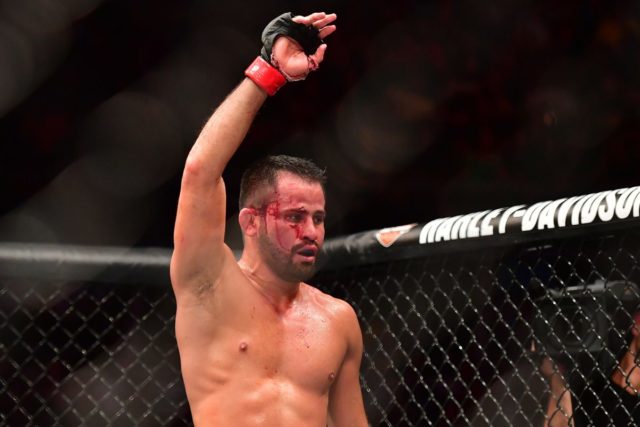 In this Saturday’s lone Flyweight fight, Ben ‘10’ Nguyen fights Jussier ‘Formiga’ da Silva, to find out if the 29 year old, ‘Ben10’, has what it takes to break into the top 5 of the UFC’s Flyweight Division. ‘Formiga’, was at one time considered the best Flyweight on the planet, before the UFC even had the division, in which it was Demetrious Johnson that eventually captured the title & dominated everyone in said weight class. Being the only top 5 Flyweight to never fight for the Championship, Jussier is one good win, and the right timing away from fighting for UFC Gold.

Simply put, Ben Nguyen has the advantage in the striking department, and Jussier da Silva has the advantage on the ground, but this simple generalization leaves out a massive piece of the fight, which I truly believe will be fight ending. Regardless of success on the feet, Nguyen loves to initiate scrambles, even when it’s largely detrimental to him (ie. the Smolka fight). In the same way, Nguyen will be scoring early, out-landing ‘Formiga’, and gaining confidence, up until the moment that scramble hits, and when it does, da Silva will be in full control leading to extreme dominance, if not a submission.