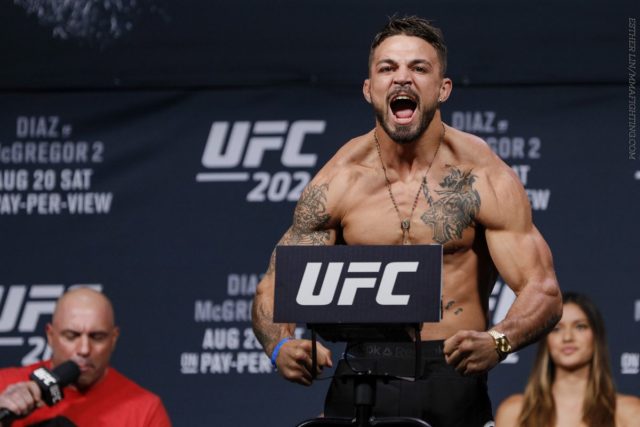 After a potential 2nd fight in a row canceled on Felder takes a fight a week sooner and a weight class up against head hunter Mike Perry. For a big light weight taking a fight a week early the fact that this will take place at Welterweight eases some concerns on an overly depleted ‘Irish Dragon’. My view still has Felder fighting a completely different style match up then his original opponent (James Vick) and a shortened camp (although only by a week) that could affect his peaking for the fight.

With his first camp at Jackson-Winklejohn Mike Perry hopes to right the ship after the first back to back losses of his career. A six week camp isn’t much to turn around his utter lack of head coaching in the past but I more look at it as finally having a legit presence in his corner to make in fight adjustments. In the past he wouldn’t get much for direction in between rounds other than racial epithets. A brawler by nature that’s exactly what he will be shooting for against Felder who is by far the more technical striker but with one major weakness, the brawl. Anytime someone can land clean a switch turns in Felder’s head where he needs to pause, shrug, and throw back. Felder has shortened this up somewhat recently but with enough consistent power strikes he will be lulled back into it. It may take one to two rounds to lead to the ‘Irish Dragon’ coming out and trading shots with Perry.