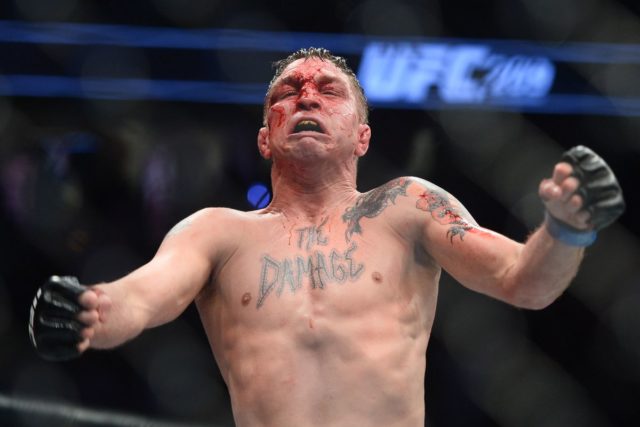 Darren Elkins goes into this fight with Alexander Volkanovski riding a 6 fight win streak since moving to Team Alpha Male. In nearly every category (similar to most of the fights on this win streak), Elkins faces a superior athlete, and in many ways a superior fighter. Given how he has racked up this win streak, Elkins is on the verge of falling off a cliff by the sheer accumulation of damage, but until that fight happens when the slightest punch takes him out, you have to back him. There is zero quit in him, and unless he’s taken out on a stretcher, he will be there from bell to bell.

Alexander Volkanovski has the look of a real deal prospect, but given his level of competition that is still a big question mark. Strength of schedule by far goes to Elkins, and is another massive check for him in this fight. Round 1 will be close with Elkins pushing Volkanovski, depleting his gas tank, and taking further control in Round 2 & 3.