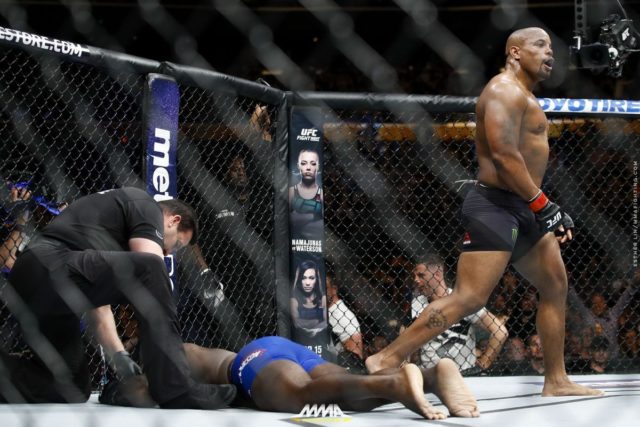 The focus of my best bet tonight is the light heavyweight championship fight between Daniel Cormier and Volkan Oezdemir.

On a card of opportunities, I have zoned in on a fight many would consider to be one of the ‘simpler’ ones. Daniel Cormier is expected to come in and use his wrestling to beat a somewhat unproven challenger. Oezdemir’s chances appear to come down to his knockout power. While I wouldn’t be surprised to see Cormier spend longer on the feet than people are expecting, I have found myself agreeing with the consensus for a change!

Many will talk about Oezdemir’s power but I think the variables that could affect his chance of winning the most are to do with Cormier. I have concerns about Cormier’s training.

As many have talked about, Luke Rockhold has been spending time away from the American Kickboxing Academy, citing the unavailability of his training partners as the reason. The MMA media seems to have accepted that and not really given it a second thought. I, on the other hand, feel like I must point to Cormier’s own training camp. He is preparing for a championship defence and one of his main training partners has left due to a lack of people to train with. What does that suggest about Cormier’s preparation for this fight? Cormier is almost 39 years old, has spent all his life in combat sports and has been bested twice by his main rival in MMA. He has found comfort in his broadcast role for the UFC. I think a fair assumption would be that he’s attempting to coast to retirement and may not be training as intensively as he should be. A factor that could be compounded by his lack of respect for Oezdemir’s talents.

With that said I would not be surprised to see Cormier drop his title in an unexpected fashion before his retirement, and an Oezdemir win here wouldn’t be as shocking to me as some others. I would strongly advise people to not bet on Cormier’s money line.

“But Tippy, I thought you said you agree with the consensus?!”

I do. I don’t think Oezdemir is the opponent that will shock the MMA world. I think Cormier can coast through training, rely on his wrestling and get the win. My bet here concerns how he will win. If you look at his light heavyweight fights there is a distinct difference in outcome depending on the level of his opponents. Cummins, Henderson and Rumble x2 were finished. Jones x2, Gustafsson and Anderson Silva were not. Of those that were finished, only Cummins was not by submission and one could argue Cormier specifically wanted to put a beating on him for words said in the lead up.

If my concerns about Cormier’s training are accurate then he won’t want this fight to be needlessly extended. He may also be wary of his energy when it comes to ground and pound. If the consensus opinion is correct and he successfully wrestles Oezdemir then I think he will find the rear naked choke at some point in the early rounds. Cormier is a 77% favourite, with the submission prop accounting for 33.3% of that. I think the chance of a submission victory is much higher.