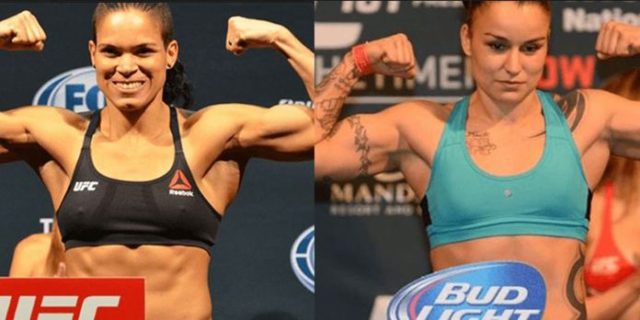 The focus of my best bet tonight is the main event, women’s bantamweight championship fight between Amanda Nunes and Raquel Pennington.

Amanda comes in as the defending champion, contesting her belt in Brazil for the first time. She is on a six-fight win streak in a division where a fighter having less than six wins in total is common. She is at the top of the division for a reason, but I don’t personally buy into the “killer on the feet with one shot power” narrative. I don’t think it’s a coincidence that she has consistently looked like that against women way below her level and not looked like that against close opposition. With that mindset your eyebrows quickly raise at the idea of her being, in places, a 1.1 favourite against any legitimate contender.

Is Raquel Pennington a legitimate contender? She is kind of a left over from the beginning of the women’s bantamweight division where the women were sorting themselves out and we were finding out who were the bad martial artists as opposed to the awful martial artists. Raquel hasn’t fought in almost two years and as a result hasn’t really faced the few women who have risen towards the top of the division in that time. It’s difficult to tell whether she will find herself left behind and a member of that initial group who never ended up cutting it, or whether she has the skills needed to compete at the top of the division.

While Amanda has the advantages in striking and grappling, it’s possible that Raquel has a cardio advantage. The MMA media have been talking, with their eyes mid roll, about Raquel’s toughness and heart, and while that is a bit of a cliché it does still count for something. It would be surprising to see her be overwhelmed quickly like a Rousey. Another factor that may play a part should this prove to be a closer fight than expected, is the mentality of each fighter and their corner. Amanda, and her corner, tend to be overconfident when it comes to declaring her the sure winner of close rounds, while Raquel is not the type to take anything for granted or ever ease up.

This is a likely harder fought than expected title defence for Amanda Nunes in Brazil. That said, no matter how I interpret this fight I cannot get to the point where the odds are just.