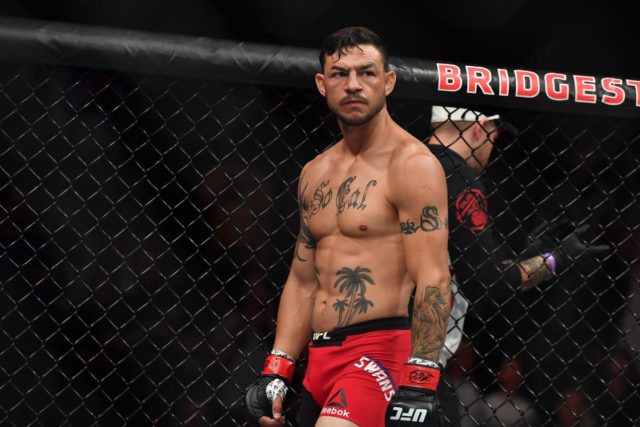 The focus of my best bet tonight is the featherweight fight between Cub Swanson and Renato Moicano.

This fight has more to do with Cub than anything else for me. I am wary of falling into a bit of a fan boy trap here, and it is true that generally in the past year or two guys going into their mid-thirties have been outshone by lesser known guys entering their prime.

That isn’t lost on me, but it’s still not close to enough to justify Cub Swanson being a 3/1 underdog against the 10th ranked featherweight.

In the last 6 years, his last 14 fights, his prime, he has gone 10-4, only losing to Edgar twice, and Ortega and Holloway, the guys battling it out for the title. Some of the names on his resume in this period include Ross Pearson, Charles Oliveira, Dustin Poirier, Jeremy Stephens, Doo Ho Choi, and let us not forget the great Artem Lobov.

Cub really has to have fallen off (or the game passed him by) to be this much of an underdog against a guy scraping the top ten. He’s made a career out of beating those guys. He’s not about that title anymore, which could concern people, but to me moving away from Jackson’s and training with TJ Dillashaw and the guys they have the The Treigning Centre or whatever it’s called is a positive. If Cub can still hang at this level, then I think you will see a Cub having fun tonight.

Maybe time has passed him by and Moicano is just that good, but I’m not ready to write off Cub Swanson just yet.