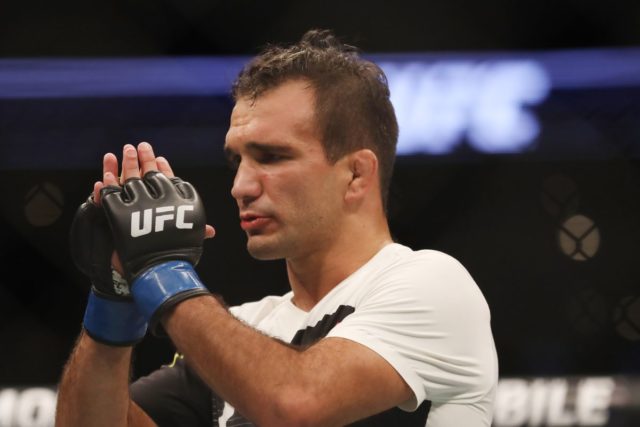 The focus of my best bet tonight is the bantamweight fight between Rani Yahya and Ricky Simon.

I think this is the perfect fight for Rani and don’t view it as a pick’em whatsoever. Yahya’s BJJ game is elite and he really only falls short against very well rounded fighters, or guys that are way bigger / more athletic than him. If you are an average UFC fighter, and his size, he will submit you more often than not. I’ve been waiting for Rani to get matched up with another of those high level, well rounded fighters as it’s been a while and he’s due to stumble – but this isn’t it.

I don’t buy that Simon is the guy to stop Rani’s streak. He’s a good athlete, but he’s not way bigger than Rani. He can’t have the grappling expertise. He hasn’t really blown anyone away in his UFC fights to date. I basically don’t know how he’s in the 3rd spot of a PPV.

Every time I play this fight in my head Simon plants on some power punches with no setup, Rani dives under quick and as soon as he is on Simon I don’t expect Simon to be able to fend him off for long. Of course Simon can KO Rani, or set out to fight very conservatively and not give Rani counter takedown opportunities etc, but as mentioned above the market has this fight even and I can’t even get close to that. I could be massively overlooking Simon, but I see an easy night for Rani, and some opportunities to cash at decent odds on a guy who it’s possible should be a fairly heavy favourite.