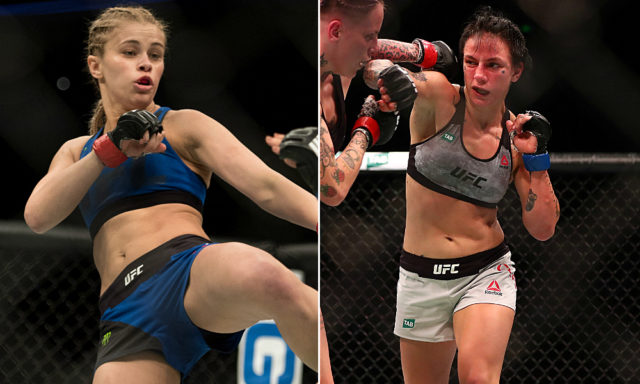 The focus of my best bet tonight is the women’s flyweight fight between Paige VanZant and Jessica-Rose Clark.

I found this a little bit of a tough card to find betting opportunities on but I think this matchup at the current odds provides a decent one. I don’t expect this to be a particularly high level or interesting fight but I do see a bit of a skill gap, and that combined with a physical advantage skews this fight away from the 50/50 battle the betting market seems to have it pegged as.

It’s a popular opinion at this point to be down on Paige and question both her ability and commitment. I was honestly looking to use that to find an edge in this one but the more work I put in to judging the matchup the more I ended up agreeing with that assessment. Its possible people are trying to be a bit too clever here, as I probably was, and betting Paige assuming her swing in popularity has brought her to the point of being underrated.

Ten fights into her MMA career Paige still can’t dodge a punch to save her life. She still goes for the silly head and arm throws that have plagued women’s MMA for far too long now. The way she carried her hands against Michelle Waterson was unconventional, to put it politely. Her game at this point seems to rely on her dancing about on the outside and using her speed to land just enough to gain an advantage in the fight.

Jessica-Rose Clark is far from a superstar herself, but she can throw sharp, straight punches and pack power into her low kicks. She’s physically strong in the clinch and although she does not seem to have a preference for grappling she has shown that she can handle herself there. Her most recent fight being a split decision win over the undesirable Bec Rawlings is likely another reason for the odds here being closer than they should be, given Paige was able to KO Bec.

Clark likes to come forward and pressure fight, which shouldn’t allow Paige to get away with too much ‘shuffling’ on the outside, forcing her in to a physical and unpleasant contest. Paige might be a fighter at heart, but she doesn’t have the strength or core skills that Clark has and I don’t think she has a serious enough attitude to have developed them since her last loss. Paige has blamed her weight cutting for her performance but that is a deflection, and easy out compared to the idea that she does not put enough time in training at a proper level.