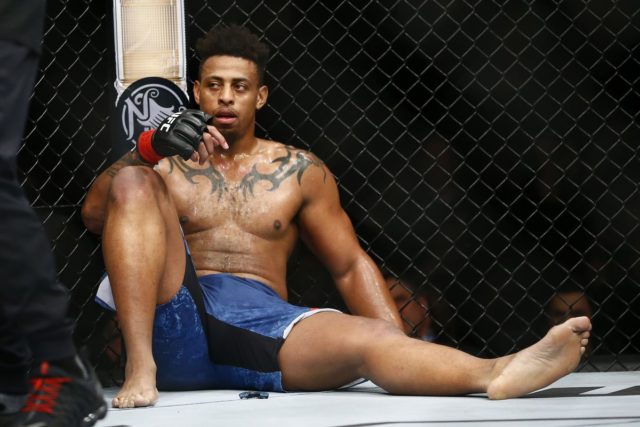 The focus of my best bet tonight is the heavyweight clash between Greg Hardy and Dmitry Smolyakov.

I assume since everyone hates Hardy, considers him exposed and fancies themselves a clever bettor they’ll be picking the underdog Russian and feeling pleased with themselves. Followers of my UFC best bet series know I love to bet against hype.

This isn’t a fight where you are betting for or against hype. If you wanted to do that with Hardy you missed it. We know what he is now. The odds for this fight do not represent Greg Hardy hype. Do not get confused here.

The Russian has been brought in to lose to Hardy on Hardy’s turf. He has wrestling skill, and sure he looks big and strong – but that’s all there is to it. His defence is simply being a big strong fucker and he’s going against a bigger, stronger fucker in Hardy. Smolyakov has no ability to defend strikes. He can throw back and KO Hardy for sure – Hardy is an amateur after all – but it is way more likely he gets bull rushed and laid out.

Hardy to win in round 1 is even money. That is crazy given his moneyline number, how he fights, and what his greatest avenues to victory are. This can be the worst fight you’ve ever seen and Hardy still has a better than 50% chance of ending it in the first. I consider this a big spot, and can deal with the egg on my face and take the shots from the ‘clever bettors’ fading Hardy.