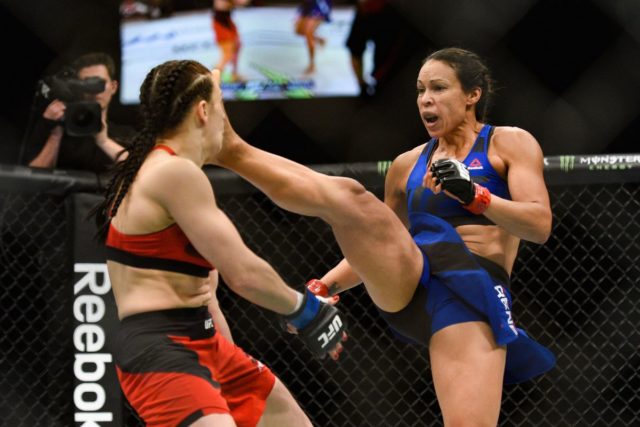 The focus of my best bet tonight is the women’s bantamweight fight between Marion Reneau and Yana Kunitskaya.

The odds have Reneau as the underdog here which I find interesting given that I see this fight as grappler vs striker with the advantage to the grappler. To me, Yana is too wild on the feet and it gets her into grappling situations where she continues to be wild and somewhat unorthodox. I think that’s the making of a bad time against someone like Reneau. Yana has to be sharp on her feet, stick to mainly punches and she can out strike Reneau and win a decision.

I believe Yana is the woman who will have to account for her opponent’s strengths and alter her game more than Reneau. With Reneau’s solid wrestling and BJJ black belt you have to be skilled to stop her from smashing you on the ground. You can’t give her easy grappling exchanges, you can’t be wild and lose position. It’s everything Yana does.

I believe Reneau brings this fight into her realm enough times to win it, and be favoured to do so.