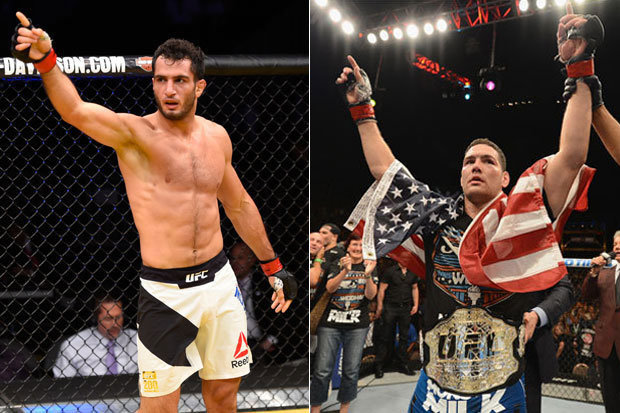 UFC 210 has plenty of coin flip match ups. Several that have possible outcomes for oppositions out of the red and blue corner. However, one particular match up has been close in terms of betting odds with fans going back and forth on who will come out with their hand raised. I myself have action on this fight and and a good read on it.

The co main event of UFC 210 is between former middleweight champion Chris Weidman and rising contender Gegard Mousasi. Chris is currently on a two-fight losing skid, with originally losing his title in December of 2015 to Luke Rockhold, and then most recently suffering a third round knockout loss to Yoel Romero last November in his own backyard. For his opponent Mousasi, he is riding a wave of momentum as high as anyone in his division right now, accompanied with a four-fight win streak which includes the fallen foes of Vitor Belfort and Uriah Hall. Both of which suffered defeat at the hands of the polished striking of the Dutch standout.

While Chris has a path to victory here, I do not think his chances are as good as some people think. He would need to try and wrestle Mousasi or just out-pace him long enough to steal at least two of the three rounds. Chris has also looked really bad this week with cutting weight. He has looked down right awful, which just adds confidence to picking Mousasi who has pretty good cardio to last five rounds if need be. We’ve seen several times Weidman doesn’t have the best of cardio, but he does get by on pressure and just outlasting his opponents. Mousasi will no doubt have the advantage in the standup department, mixing in sharp jabs and leg kicks that should have Weidman looking like a deer in headlights. I do think Mousasi can defend at least some of the takedowns early on and hopefully take over the fight by end of first round or somewhere in the second to win by decision with a sweep on the judges scorecards or somewhere around 29-28 type of reads.