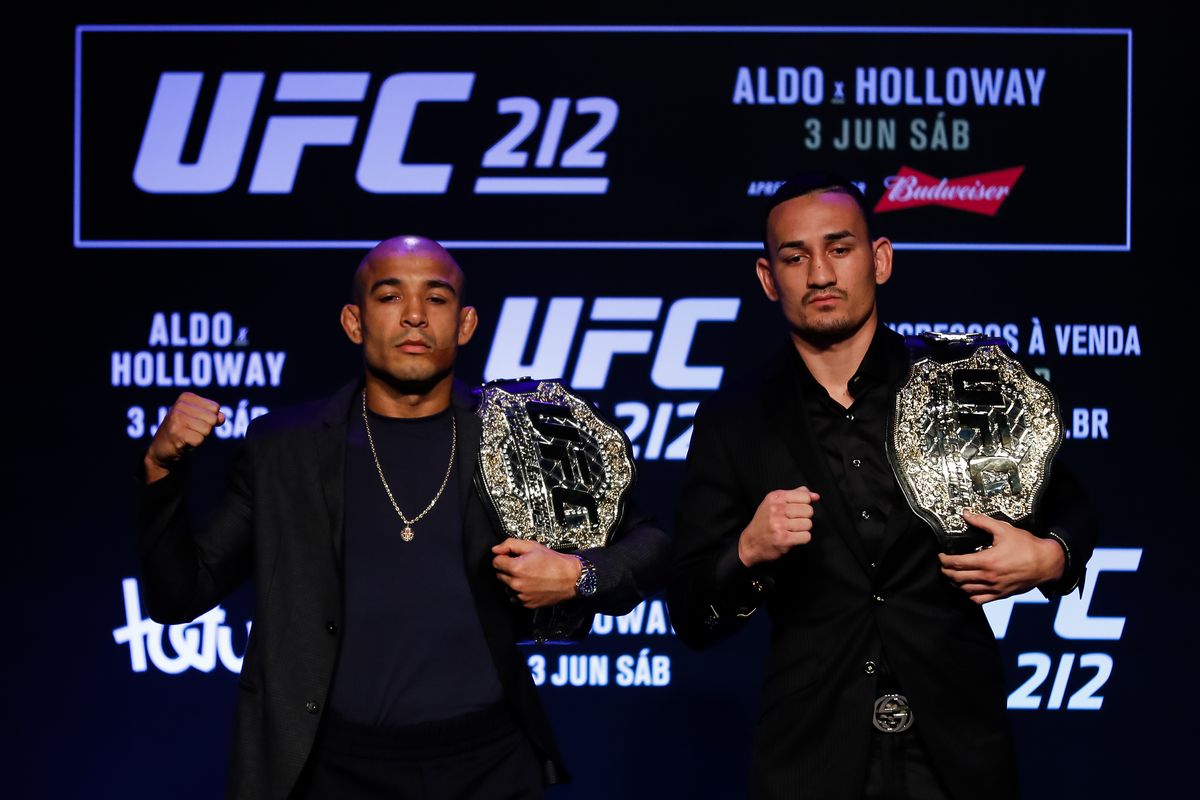 UFC 212 is being hosted in Brazil this Saturday night and it features a fantastic main event between current featherweight champion Jose Aldo and interim champion Max Holloway.

Jose Aldo is no doubt the greatest featherweight in featherweight history and is also right up there in one of the most skilled fighters of all time. He has very little holes in his game and they are incredibly difficult to exploit for any opposition. He has in my opinion the most deadly leg kicks in the game today combined with ridiculous speed and takedown defense. Some of the most technical wrestlers like Chad Mendes and Frankie Edgar can’t even take him down. He shrugs off their takedowns like they are on their first day of wrestling practice. Its quite something to watch Jose Aldo compete in the octagon, he’s literally one of the best fighters in the sport today.

Max Holloway would have to be the second best featherweight right now. Taking nothing away from him either but Jose Aldo is just on a different level. Holloway is still only 25 years of age and we are seeing him improve bit by bit each time he competes. He enters this championship bout with a 10 fight win streak of momentum behind him. Beating the likes of Cub Swanson, Ricardo Lamas, and Anthony Pettis along the way, with his last loss coming to Conor McGregor in 2013 when he was still pretty ‘green’.

The lines have been pretty close for awhile now, and I can see the hype in Holloway as it is well deserved. He is a great fighter who like I mentioned is still improving at the young age of 25. I think this fight could be close, but still favor Jose Aldo. With no worry of the threat of the takedown, Aldo can chop down Holloway’s legs through the course of five rounds. Holloway doesn’t bother much of checking leg kicks anyways (if you have paid attention in his previous fights), which isn’t a good sign if you’re fighting Jose Aldo. I’d still favor Aldo overall with the speed, boxing, and grappling. The one thing that could give Aldo trouble is the volume of Max Holloway. Holloway puts out significantly more volume in his strikes compared to Aldo. But that might not matter if he is missing or getting countered by Aldo who has exceptional countering and boxing. Aldo should be able to win the decision over Holloway in a great fight.