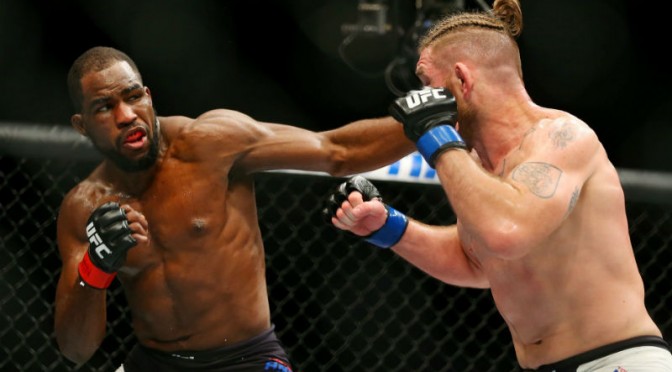 Andrew Sanchez Wins by Decision (+215)
Trevor Smith’s victories in the UFC have been all by decision, after grinding out his opponents. Against Andrew Sanchez, who’s definitely a better wrestler than him, he probably won’t be able to utilize such a gameplan. In fact, he’ll most likely get outgrappled himself. I like Sanchez here, and think he gets the win by decision.

Gerald Meerschaert Wins by Submission (+340)
This is what I consider to be the most likely outcome to this middleweight match-up… Meerschaert does have the tools to get it to the ground, and once in there he’ll probably outclass Joe Gigliotti and get the submission win.

Corey Anderson Wins in Round 3 (+1400)
I’ve bet Corey Anderson to win in round 3 in his past few fights, but unfortunately, they haven’t come through. This time around, though, he’s fighting a brawler type fighter in Shane O’Connell, who will most likely gas if he’s forced to grapple. Anderson has the style to do it, and if he puts it together, the opportunity for the late finish will present itself. Whether he gets it or not, I still think this is a good value play.