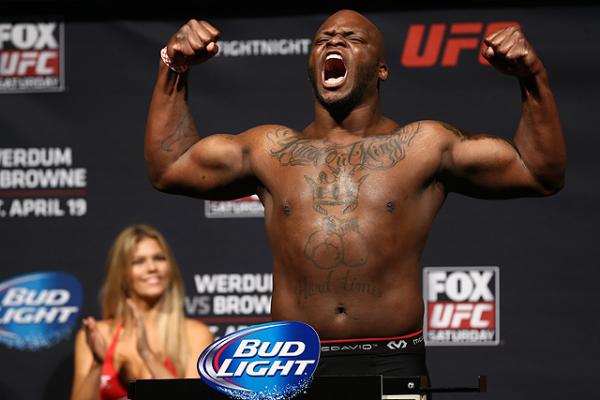 The biggest factor going into this Heavyweight Co-Main Event is just that it’s the CO-Main, it’s a 3 round fight. In a 3 round fight, it’s up to Marcin Tybura to stay at kicking range, hitting Lewis with leg and body kicks to pile up points to beat him. On the other side, in a 3 round fight, Derrick Lewis does not have to worry about conserving his gas tank for the long haul, and although he will still likely take breaks during rounds as he always does to maintain his cardio, these breaks will be much more truncated allowing him to be more active.

Derrick Lewis will need to get inside to boxing range for this fight, which he will get his chance time and time again, as Tybura will try to control him against the cage for portions of this fight. If Lewis can take the shots he took from Hunt, then Tybura does not have the sheer power to take him out. However, if Lewis ends up on top (very likely), the fight is over, as the ‘Black Beast’ drops power shot after power shot until the fight is stopped.

More than many other Heavyweight fight, this has a better than average chance of going late into the fight, and possibly with a decision, but that decision will have Lewis up at least 2 rounds, let alone being in his home state, and Lewis being a “Hero” (see any news report about what he did during the hurricane).