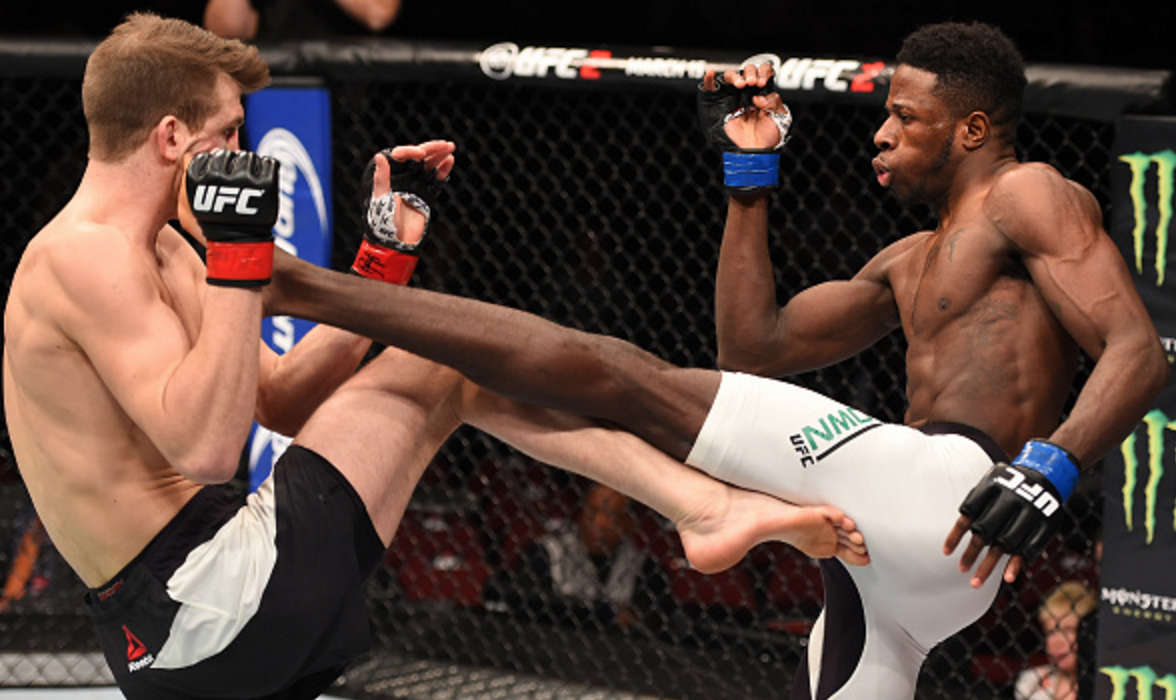 While I do favor Randy Brown in this fight (just like everyone else), I don’t believe he’s going to run through Erick Montano with ease. Brown is not necesarily an explosive finisher. In fact, most of his fights have ended in round 2, with a few round 3 finishes, as an amateur. Plus, add to the fact, that Montano will look to grapple from the sound of the bell, which should burn time off of the clock a little bit, and hold off the action for rounds 2 & 3. I see a relatively close fight early on, with Brown getting a late finish once Montano starts to gas.

Augusto Montano is a round 1 fighter, always has been, and probably always will be. Belal Muhammad can win this fight, but not without having to weather an early storm. It’s a given that his chin looks pretty solid in almost all of his prior fights, and is tough enough to withstand whatever Montano throws at him. I’m pretty confident that Muhammad gets a late finish, not a decision like most people think, and I feel there’s excellent value in the prop at the current price.

I know, Carneiro is an underdog and UFC dogs “aren’t cashing anymore”. But regardless, I see this being a close fight that should go the distance. Carneiro is the more experienced fighter, and has an overall better technique, both on the feet, and on the ground, so I have to side with him, despite being 38 years old. Robertson is a tough dude, and he’s very hard to finish, so if Carneiro wins, it’s most likely by edging a close decision. At +300, I have to take my chances.

*Bet365 exclusive prop. American fellas can get it at around +1300, which I still think is a decent bet.

Despite the public being all over “Brunson by decision”, I think Hall is going to put a sour taste in people’s mouths. He can be a “flake”, I know, but the guy is emotional and likes to put himself in underdog positions. He also thrives in adversity, as he showed against Gegard Mousasi.

Simply put, I see Brunson having a wrestling approach, and he will most likely be succesful with it early in the fight, for the better part of two rounds. However, I have no doubt in my mind, that Hall is going to bring it in round 3. Whether he gets it or not, at +3300, this prop is definitely a must play.