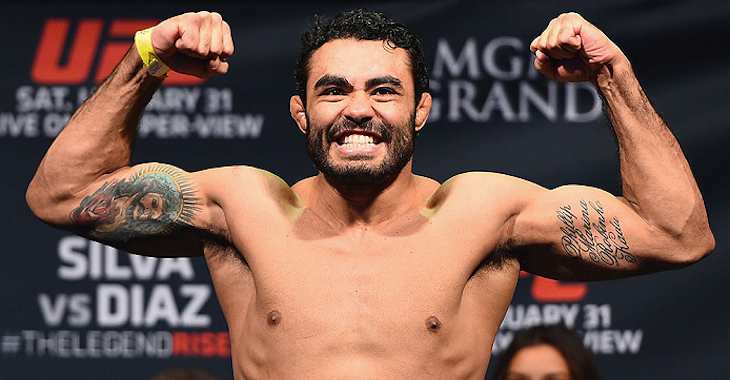 Rafael Natal Wins via Decision (+360)
I like Natal in this fight, and I believe that, as long as he doesn’t get knocked out, he should pick up the win on the judges’ scorecards. I see him using his superior grappling to grind Anders out over three rounds of action for a unanimous decision win.

Jimmie Rivera Wins via Decision (+150)
I know it doesn’t pay much, but I think this is the most likely outcome to this bantamweight bout. I am expecting a close fight, with both guys having their moments, but Rivera should edge the rounds using his superior wrestling.

Darren Elkins Wins in Round 3 (+1600)
I think Bermudez will dominate the first two rounds of action, likely using his wrestling and higher output, but I have no doubt Elkins will go after him in that third round looking for either a submission or T/KO stoppage. He’s done it before, so, at +1600, I can’t help but bite and take the gamble.