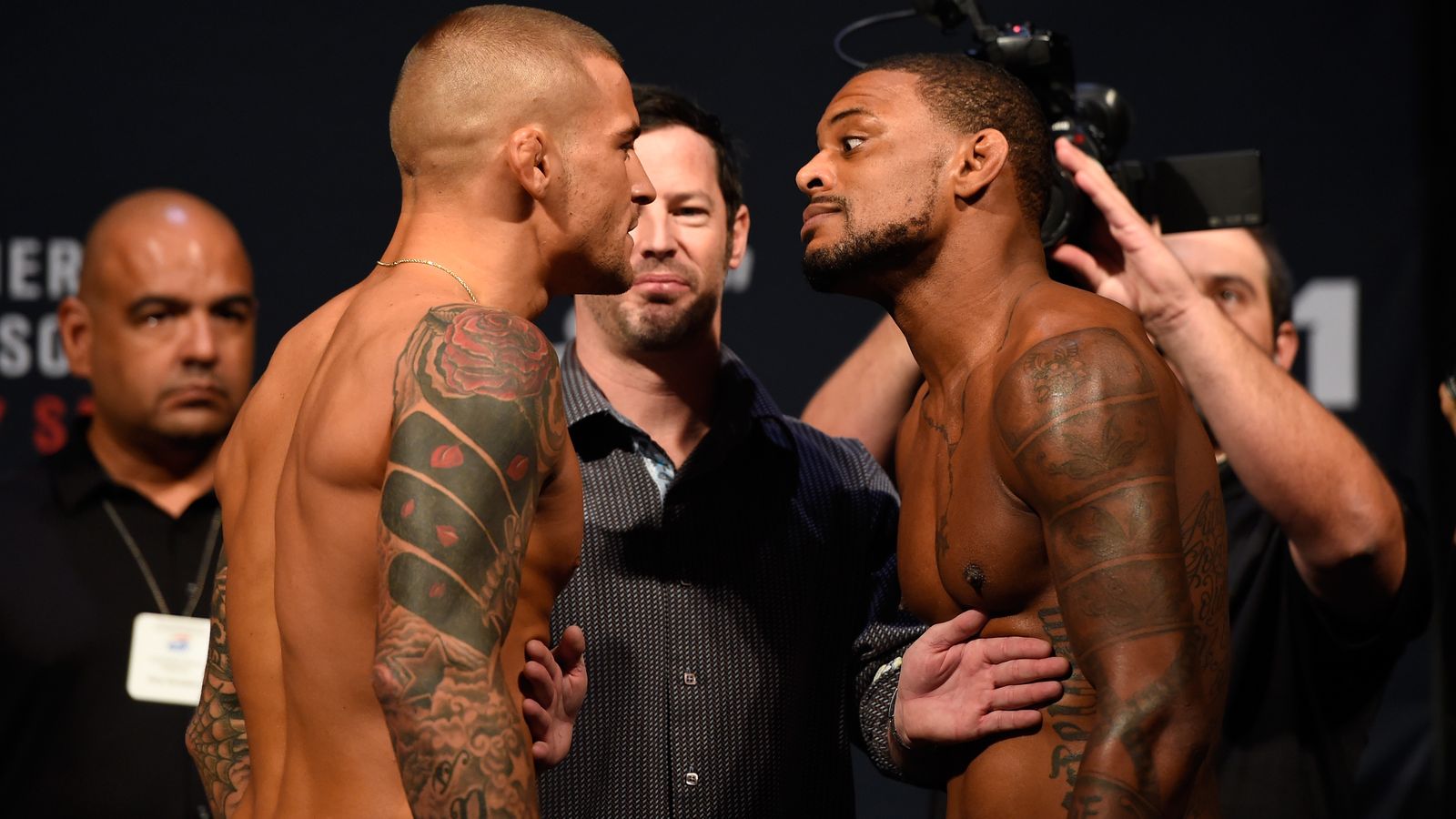 The main event for tonight’s UFC Fight Night card is headlined by Dustin Poirier and Michael Johnson. Both men are itching to get one step closer to that title shot, and with an impressive win this evening might just do the trick.

Dustin Poirier (20-4 MMA, 12-3 UFC) came into the UFC as a crossover from when the WEC was purchased many of years ago. He has only tasted defeat three times in the octagon thus-far with the latest coming to current featherweight champion Conor McGregor all the way back in 2014 at 145 lbs. It also happened to be Dustin’s last fight at featherweight as he made the move up to lightweight and has stepped up his game to a whole new level. Poirier currently sports a four-fight win streak which includes a first round knockout over Bobby Green at UFC 199. We have watched Poirier mature as a fighter over the years. He’s still only 27 years young and already has a very well-rounded game, training at American Top Team and holding a Brazilian Jiu-Jitsu blackbelt.

Poirier’s opponent; Michael Johnson (16-10 MMA, 9-6 UFC) has became a bit of a veteran inside the octagon. His debut came by losing the TUF 12 Finale to Jonathan Brookins in 2010, but since then we have also watched him mature before our own eyes much like Dustin Poirier. Johnson holds notable wins over Tony Ferguson, Joe Lauzon, Melvin Guillard, and Edson Barboza. He was also very close to a title shot last year until a very head-scratching split-decision loss to Beneil Dariush and a unanimous decision loss to Nate Diaz last December. Johnson isn’t as well rounded as Poirier I would say, but he does possess better boxing in my opinion. He likes to pot-shot his punches with great footwork and fast hands which has allowed him to score knockout wins over Danny Castillo and Gleison Tibau.

The Matchup: I think the biggest factor in this fight in determining who comes out the winner is that this is a five round fight. It definitely favors Poirier more than it does Johnson as we have seen Johnson slow down in third and even second rounds. I do believe the first two rounds will be close with Johnson landing clean shots early on and probably leaving Poirier frozen. While an early Johnson KO is possible, I am confident Poirier’s chin can withstand the punishment and he will take over the fight by round three. If that is the case then Johnson will be in deep trouble as we have seen his cardio be very questionable in the past. Poirier by late submission or (T)KO is very likely as Poirier’s ground game is just a whole different level than Johnson’s.

Prediction: Dustin Poirier wins by submission in round 4.